Read about how we created different forms of premium content for Lillevik in order to strengthen their inbound marketing efforts.

In order to work successfully with inbound marketing, you need to provide relevant content to the right target audience at the right time. Without high quality content, inbound marketing efforts tend to become inefficient and expensive. But how do you create content suitable for an inbound marketing campaign? Read our case to find out how we produced premium content for the Norwegian IT company Lillevik.

Lillevik is a Norwegian IT company focusing on cloud services and Microsoft solutions. They offer their expertise in Azure, Microsoft 365 and Office 365. Lillevik had previously worked together with Brightvision on an inbound marketing campaign. After the first campaign had ended, they decided they wanted to continue to work with inbound marketing and Brightvision.

Lillevik was interested in an inbound campaign and wanted Brightvision to produce all content parts of the campaign. This included ads, landing pages and an E-book. When Lillevik came to us, they had already planned that the campaign should have a security focus and be targeting CEOs.

We began holding two workshops with Lillevik to get a good understanding of the company and their situation. Therafter, the content production started. The E-book turned into a trend report over five emerging trends within IT security. We also set up and designed a landing page where the trend report was to be made available for download. We also designed the trend report and the ads that would drive traffic to the landing page. All content assets was given the same coherent visual expression. This increases the likelihood of converting a person to a lead.

In order to produce a successful and effective inbound marketing campaign, all content parts must be coherent both when it comes to the messaging as well as the visual style. This means you must create relevant, engaging and converting content. We produced a trend report, six ads and a landing page for Lillevik.

If you set out to create an engaging piece of content, research is a key first step. We began the work of creating an E-book for Lillevik by holding two workshops. After these workshops, we had enough information in order to create a content brief. The content brief included a summary of the campaign, information about the Lillevik company and the overall idea of having the E-book be a trend report over five IT security trends. After the content brief was approved by Lillevik, we sent it to one of our Norwegian copywriters.

The production of the trend report followed a structured process with interviews, deadlines, feedback and two drafts. The copywriter would deliver the first draft of the trend report in a specific date. Lillevik was then given the chance to submit feedback and comment on the first draft. The first correction round had more of an overall scope; what trends should be mentioned, if the tonality was on the right level, and the structure of the trend report. When the feedback was delivered to the copywriter, it was implemented into the second draft that was delivered to Lillevik. The second correction round was more focused on details such as wording and grammar. When the last changes was made by the copywriter, a final version was delivered to Lillevik. 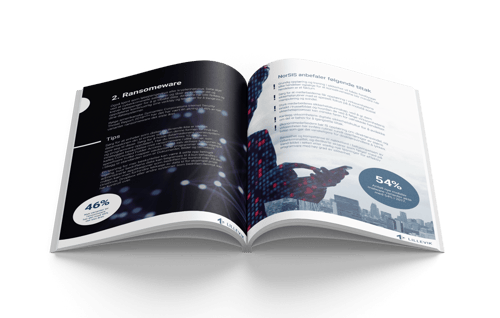 The trend report was to be made available for download on a landing page, behind a form that the user would need to submit before accessing the trend report. The landing page was created in Lillevik’s exisiting instance in the CRM and marketing automation platform Hubspot. When we created the landing page, we needed to align the look and feel of it with the deisgn of the E-book, in order to give the entire campaign a coherent visual expression. The most important part of landing page design is to optimize it for conversions. This goes for all parts of the page – text, images, layout and functionality. 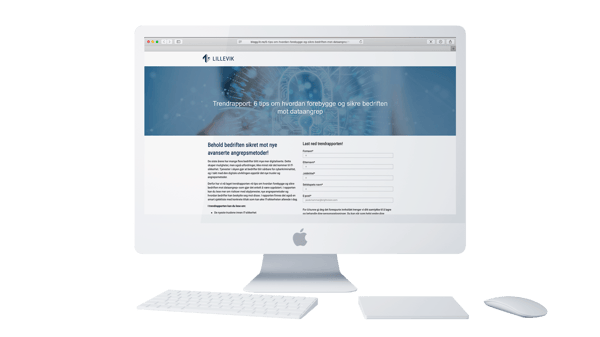 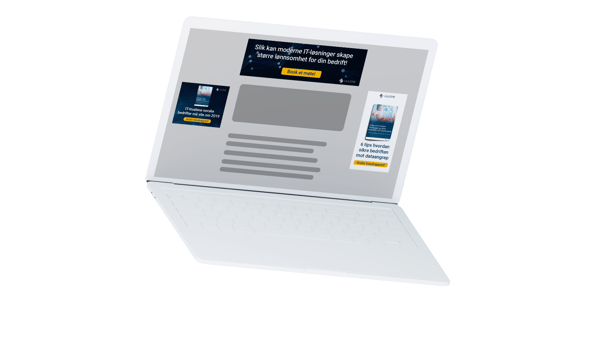